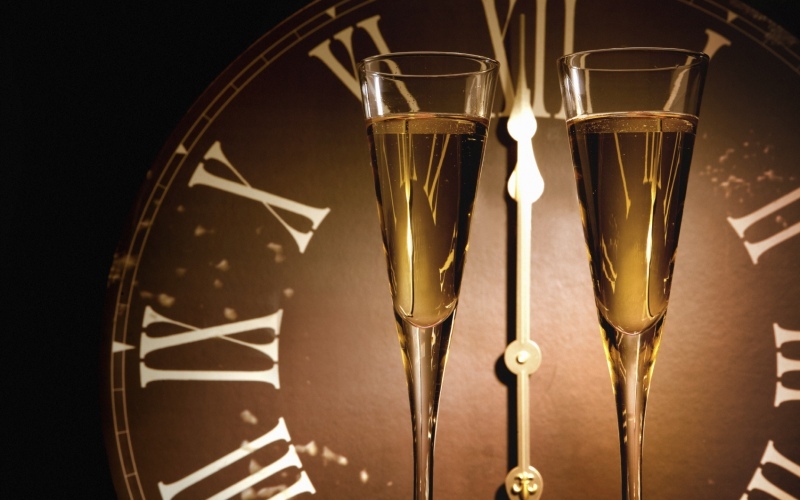 So even though Christmas is over, for most of us it’s still that time of the year to put everything diet/health related on hold and enjoy a well-deserved break from the monotonies and stresses of life. Although January is the perfect time to right wrongs, start a fresh and strive for better, anyone in NEED of a new year to change themselves will almost certainly fail after a few months once the novelty of 2016 has worn off. For anyone wanting to cut down on addictive means such as smoking, drinking or gambling I suppose a fresh calendar could be beneficial given ones reasons to eventually stop, but when it comes to diet, I personally don’t agree with introducing a completely NEW approach to nutrition in the new year. With the opportunity to start a fresh from the excesses of the winter months, most with self-improvement in mind always seem to resort to extremes, mainly to see results in short periods of time. This is probably even more destructive than continuing the usual routine of doing nothing. A few weeks of suffering from a typical low carb diet or adhering to ill-advised fads will just make you go running back to the comforts that have ultimately made you unhappy about your body EVEN MORE. When the majority of people look at seemingly ‘GIFTED’ individuals -not just within the fitness industry- but in everyday life, aspects that may be habitual for some may be utterly ludicrous to another, keeping to your capacity in terms of the things you eat or the way you train is much smarter than going off and trying to be a hero. The reason that the guy next to you is lifting three times as much, and isn’t sweating like a pig is most likely due to the fact that he’s not given up at the first hurdle and has persevered despite the possibility of failing. In this game, time is your friend, to make mistakes, to recognise, to learn and to improve, like playing a buzz wire. In terms of diet, I’d suggest seeking advise from a reliable PT or a specialist that can tell you what foods to eat, and can continue to eat throughout the year, not just restricting your eating habits when results are needed -a holiday, important event etc.

While its good to find the time to exercise and feel good about yourself, recognise that getting an extra plate out on bench press won’t pay your bills and will most certainly not make you anymore friends, by all means make time, but don’t make it your top priority. To anyone planning on renewing their gym membership or even joining for the first time, I salute you, but don’t shy away and reduce yourself to half an hour of half-ass cardio and consider it “TRYING” Start by building a solid foundation that will most likely consist of slow progress, observe the basics or even ask someone willing to help before getting injured because of your ego. By willing, and no matter what gym you go to, whether its a leisure centre or Gold’s, I mean that there’ll always be someone happy to practise their knowledge of training/diet with you, everyone starts somewhere. This of course means that you will have to LISTEN intently, not nodding to your new Dre Beats that your eager-for-you to-lose-weight-girlfriend got you for Christmas , if you assert yourself as being a “know it all” chances are you’ll get left to your own devices and join the infamous bad habits club that the guys eager to learn are eager to laugh at.

With regards to alcohol, I’d love to say the usual ‘its fine in moderation’ and yes, to a degree I do think the odd drink every now and then won’t harm your progress that much. However, think about your eating habits and the little energy you have on the days that follow a big binge, for anyone that tells you that they crave chicken & rice when hungover should certainly not be a friend. Ultimately, alcohol is deemed a poison by our bodies, and just like a previous article where I mentioned the impact high amounts of fructose has on the liver, you don’t need a degree in a biology to know what long term damage drinking can have. Especially for anyone wanting to lose weight, at seven calories per gram of alcohol -without all the additional sugary mixers-  the fact that alcohol temporarily shuts down the body’s ability to burn fat whilst the liver processes it, in hindsight what would the damage be when drinking say, three or four times a week? Not to get into the technicalities of how long ‘X’ amount of units will take to be fully metabolised but for a lot of people alcohol is never fully processed, and so the ability to burn fat and lose weight will almost certainly be in jeopardy. I’m not talking about alcoholics now, because that is a different matter regarding addiction, but even for someone that’s active, eats reasonably clean but binges to excess on the weekend, chances are all the efforts to looking and feeling better will literally be in vain. I’m saying this cocooned in my bed after a heavy NYE and to be quite honest I feel like a slug thats been dipped in salt, nevertheless I, like many others,  am partial to a good night out, and always will be regardless of how strict my diet/training regime will become.

Now I’m not saying its one or the other, unless you’re planning on being at the level where by drinking you would be directly restricting your capacity to perform and putting yourself at a disadvantage. Being aware of the amounts to which you drink -whether you’re counting calories or not- could highlight where you’re going wrong. Now I try to stick to spirits simply because the effects are more immediate, the percentage per volume or ‘ABV’ is much higher than that of beer and cider and unless I really go -dont wanna say HAM but HAM- I very rarely get bad hangovers that are going to interfere with the following day. In terms of training after a night of drinking I  would suggest trying to sweat it off with cardio BEFORE going near any anaerobic exercises, not only will you not have sufficient energy to do train as hard as you usually do, lifting weights whilst still under the influence could be potentially dangerous.

Be sure to have a look at how many calories/carbs from alcohol that you may be having on a regular basis using the chart below, it covers the majority of drinks consumed and it won’t be difficult to recognise whether the majority of your daily/weekly calories are from alcohol. This diagram was taken from an article on bodybuilding.com

Please follow my new Instagram page for further diet/supplement posts and hopefully training videos in the near future.