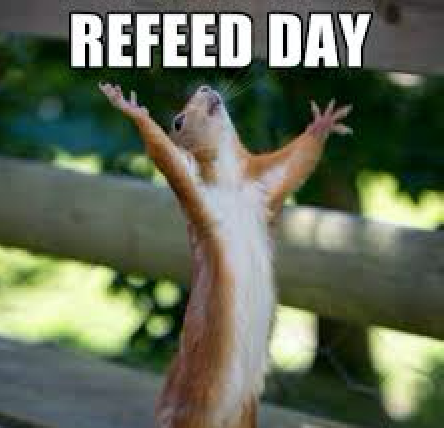 By now we’ve covered the main dietary practises which contribute to changes in body composition; ‘lean bulking’, which consists of strict caloric control in a surplus –the point that proceeds maintenance– and ‘cutting’, a gradual reduction of carbohydrates, when completely necessary. So just like the need to reinforce a reduction of carbohydrates with healthy fats to ensure sound energy levels, it is equally essential to refuel the now depleted glycogen stores as a result. Carb cycling is one of the many methods used by bodybuilders and professional athletes that need to ‘make weight’ without sacrificing energy and thus performance. It supports meticulous manipulation of macronutrients to such a degree that it acts in similar ways to that of sodium and water manipulation, a progression that may seem extreme to the everyday dieter, yet it is highly effective nonetheless.
Now depending on how much one may aim to lose and whether or not carb cycling is absolutely necessary, it is a process that requires consistency. Most people tend to split a week into days of eating either ‘low’, ‘medium’ or ‘high’ carb. This is an attempt to utilise potential fat stores as energy during ‘low’ days, to then maintain the foundation and preserve as much muscle as possible during the remainder. The extent to how much muscle –as opposed to fat–  is used as fuel is a fear know as going ‘catabolic’ the antithesis of ‘anabolic’ a notion bearing yet another marketing upheaval for ‘post workout’ supplements and the like. Ultimately, and this is assuming that you have a somewhat solid foundation of muscle to begin with, you probably won’t be going ‘catabolic’ you just won’t be looking as full on less carbs and therefore less water. Recognising that this process will do exactly that whilst being able to sustain on less fuel without re-carbing at every opportunity, will provide a visual bearing on potential weight loss in the days that follow. If you can imagine someone that is preparing for a photoshoot or stepping on stage for a competition, one that requires the individual to be in ‘peak’ condition, it would have required a long process of looking nothing like what you see in pictures to obtain the eventual desired outcome. In this regard, if you’re considering carb-cycling in conjunction with physically demanding sports or training programmes, be aware to prioritise the bulk of your macronutrients around days that require optimal effort.
There’s no magic number when it comes to ‘low’ days, and almost every initial carb-cycle is complete trial and error. Depending on the goal and the time frame in which this is to be ascertained, one may implement three, four or even five consecutive low days followed by a ‘re-feed’ –high day– For the most part, ‘re-feed’ days assists specific points in a diet which may have progressed to lower numbers, granting both a physio’ and psychological break from quite simply, systematic malnourishment. This is not the same as a ‘cheat day’ and while the mental implications of purging certain food cravings are beneficial, overindulging could potentially set you back a few days of hard dieting. In terms of energy stores and using carb cycling to the most effective degree, most people tend to put high days or ‘re-feed’ days either the day of or a day before a heavy/demanding split i.e legs or back. This ensures that performance isn’t compromised, though it is equally essential to conserve energy in the form of doing more reps with less weight as opposed to burning out from chasing 1RM’s or PR’s.
‘So do I need to carb cycle to lose weight?’
No. Carb Cycling is certainly a useful tool that one can implement to assist further weight loss, but it is not the only one by any means. As we have previously referred to a gradual reduction of carbs in ‘Should I start ‘Cutting’? it would be just as effective to maintain such a process if it is providing results and ultimately showing on the scale. Carb cycling is more of a system which allows for a prioritisation of energy levels during periods where overall caloric intake is scarce, as carbohydrates are a fundamental source of energy. In situations where there has been a sudden drop in carbohydrates, or a significant increase in overall output, it is vital that said stores are substantially replenished, for them to continue to assist performance.
Please follow my IG page,
jakedarcyfitness 👊